17 independent publishers members of the Alliance will attend the Paris Book Fair, from 20 to 23 March 2015. The Alliance and publishers will also take part in meetings and roundtables… Consult the list of participants and programme through the link below !

And in the margins of the Fair : Partial meeting of the French-speaking network : 2015 perspectives and discussions on “Freedom of Speech, Freedom of Publishing” 24 March 2015, Centre national du livre (CNL), Paris/ for members of the Alliance only

Programme of the French-speaking network meeting in Paris

Participating publishers and meetings not to be missed !

The programme of the Alliance in 2015

We, independent publishers, are Charlie

The world (of ideas) is wounded

After the attack this Wednesday, January 7th 2015 against the French satirical magazine Charlie Hebdo, the 400 publishers of the International Alliance of Independent Publishers offer their most afflicted condolences with friends and family of the victims.

Today more than ever, solidarity is essential —we think about the journalists, cartoonists and publishers from all around the world who risk their lives for freedom of expression. We also hope that these attacks will not serve to feed more islamophobia and xenophobia in Europe.

We will continue with determination and conviction, as we have expressed it in the Declarations of Dakar (2003), Paris (2007), and Cape Town (2014), to work with journalists, authors and creators to struggle against any form of suppression of the word, and to foster fair speech.

9 January 2015, 400 independent publishers from 45 countries in the word, members of the International Alliance of Independent Publishers

The world (of ideas) is wounded

On 23 October this year, the “Terres solidaires” reading Committee selected the next two titles to be published in the collection.

As every year, the committee, composed of book professionals and mediators in Africa, held a continent-wide virtual meeting. After several hours of exchanges and discussions it is, once again, two great African literature novels that were selected : Léonora Miano’s La saison de l’ombre (initially published by Grasset publishers in 2013, 2013 Fémina prize winner) and Hubert Haddad’s Palestine (initially published by Zulma publishers in 2007, 2008 Cinq Continents prize winner). These two novels will be available in Africa in 2015 and 2016 respectively, at a price adapted to local readers’ purchasing power, through an African publisher collective that will copublish these books.

Click here for more information on the other 9 titles published in the “Terres solidaires” collection, as well as on the collection’s publishers and countries where books are distributed.

Since its creation, “Terres solidaires” collection is supported by the International Orgainsation of the Francophonie.

Do not hesitate to share the Declaration, to promote and strengthen bibliodiversity with us !

On 21 September, celebrate the B Day, in Argentina, in Chile, in Colombia, in Peru, in South Africa (with the Open Book Festival), at home, here or elsewhere...

The video of B Day is here ! 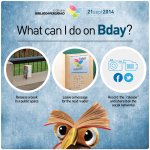 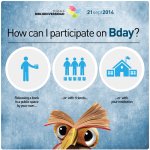 How can I participate on B Day ? Here the answer !

62 independent publishers from 38 countries in Latin America, Africa, Asia and Europe are gathering in Cape Town (South Africa) from 18 to 21 September for a unique inter-linguistic and inter-cultural meeting on bibliodiversity ! Booksellers, librarians, academics, authors and players in the digital arena are also associated with this event. Held under the patronage of UNESCO, the Cape Town meeting closes the International Assembly of Independent Publishers, consisting of 7 preparatory workshops between 2012 and 2014.

Alternating between plenary meetings that are open to the public and thematic workshops, the publishers gathered at the Cape Town meeting will propose recommendations and concrete tools for bibliodiversity addressed to public authorities, institutions and professional collectives. To ensure continuity between the preparatory workshops and the Assembly’s closing meeting, thematic working groups have been actively preparing the Cape Town meetings for months.

Round tables and discussions organised in partnership with the Open Book Festival will also be held on 20 and 21 September to celebrate the International Bibliodiversity Day in Cape Town.

Finally, the International Committee of Independent Publishers (ICIP) is meeting on 22 September to take stock of these four days, and to work on implementing the new directions and projects of the Alliance in the years to come.

We are very much looking forward to welcoming you to Cape Town in a few weeks ! To participate in the Cape Town meeting and/or to receive the recommendations resulting from the International Assembly of Independent Publishers, write to the team of the Alliance : equipe@alliance-editeurs.org

The Cape Town meeting takes place in three languages (English, French and Spanish). The entire programme (presentations in plenary, choice of thematic workshops, round tables with the Open Book Festival) was put together collectively by the participants. Moreover, the publishers also helped raise the funds necessary to hold this meeting, which could not have been achieved without the cooperation of our local partners (Jacana Media, French Institute of South Africa, Alliance française, Open Book Festival, Modjaji Books, National Library of South Africa and Goethe Institut).

Read the report of the Assembly and the perspectives

Read the detailed programme of the meeting_in English

See the agenda and the participants of the Cape Town meeting

At the 80th IFLA Congress (International Federation of Library Associations and Institutions), from 16 to 22 August 2014 in Lyon (France), the International Alliance of independent publishers will present a paper on “What new book donation practices can meet the needs of young African readers in libraries ?” This analysis on book donation practices and their impact both on the readers and book industry in French-speaking Africa, is written by Marie Michèle RAZAFINTSALAMA (éditions Jeunes malgaches, Madagascar) and the Alliance team. She is continuing the research and advocacy work begun a number of years ago by a group of publisher-members of the Alliance on book donation challenges for bibliodiversity. This paper is an extension to the workshop on book donations held in March 2013 in Paris (International Assembly of independent publishers).

To read the paper “What new book donation practices can meet the needs of young African readers in libraries ?” (IFLA 2014), see here.

As every year on 21 September, exciting activities (book crossing, readings, meetings, etc.) will be held on the occasion of International Bibliodiversity Day (B Day). This year, we plan to make a lot of noise –rallying new individuals, groups and organisations from all over the world.

Working together in a network, going in the same direction, and with more determination than ever before.

This year, let’s go further ! Are you coming along ? 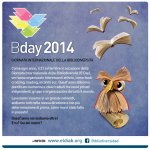 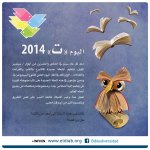 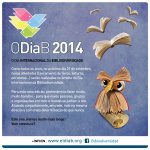 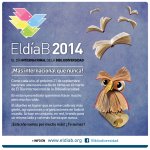 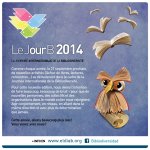 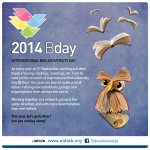 Digital publishing : what issues for bibliodiversity in the Arabic-speaking world ? The 7th workshop of the International Assembly of independent publishers at the Abu Dhabi Book Fair

The 7th workshop of the International Assembly of independent publishers will be held from 30 April to 2 May 2014 in Abu Dhabi, through a partnership with the Abu Dhabi International Book Fair, and the support of the International Organisation of the Francophonie and the Prince Claus Fund. It will convene 15 publishers and digital publishing experts from the Arab world and Argentina, with the common objective of : • Helping publishers to overcome technical challenges encountered during the creation of ePub files in Arabic ; • Discussing digital distribution platforms used in the Arab world ; • Sharing experiences on online promotion and e-marketing ; • Drafting recommendations to facilitate traditional publishers’ transition towards digital publishing and secure a better diffusion for digital publications in the Arab world.

All proposals and recommendations from this workshop will be communicated to public and standardisation authorities, and will be available on the Alliance’s Digital Lab.

Following the workshop, 3 May, from 11:00 to 12:00, do not miss the public speech on “Words and money”, a book by André Schiffrin translated and co-published by the Arabic-language network of the Alliance. More information here !

For more information on this workshop and on the International Assembly of independent publishers : assises@alliance-editeurs.org ,

Read the first conclusions and recommendations of the workshop_in Arabic

Read the first conclusions and recommendations of the workshop !

Read the programme of the workshop_in Arabic

Read the programme of the workshop