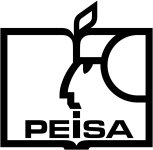 Peisa has published and distributed books since 1968. It has an impressive catalogue of literary and scientific works built over three decades of publishing work in Peru. As a publishing house, it is particularly interested in Peruvian authors and in works that deal with Peruvian issues. Peisa has published among the most distinguished Peruan authors, such as Alfredo Bryce Echenique, Mario Vargas Llosa, José María Arguedas, Julio Ramón Ribeyro, Ciro Alegría, Alonso Cueto and Iván Thays. It also publishes books for children and adolescents, and large-format illustrated books. As a distributor, Peisa is the exclusive Peruvian representative for the Spanish publishing houses Blume, Aanto and Elfos and for the Peruan publishing house Apoyo.

The Alliance of Argentine Independent Publishers for Bibliodiversity (EDINAR) is a not-for-profit working group. Believing that the independent publishing industry was not sufficiently protected and represented by existing institutions, and seeking to defend bibliodiversity through their output, 30 publishing houses set up an informal group, with no legal form: EDINAR. The members wish to use this working group to establish common positions and to influence book policies, to achieve recognition for their work, and to enable a joint representation at book fairs. The members also plan to set up joint catalogues and wish to work together with libraries and other organisations active in the book and reading industries.

EIP (Independent Publishers of Peru) is a not-for-profit association whose mission is to represent and integrate Peruvian independent publishers’ interests into public or private, national or international institutions. They work towards developing commercial aspects as well as training and professionalization of their members, and their primary objective is to support local publishing growth. EIP represents a large part of the national outputs and unlike other associations, only counts in its ranks publishers who publish and promote books by Peruvian authors according to principles based on respect and strengthening bibliodiversity, which in turn safeguards writers’ creation and diversity of thoughts against any attempts to standardize culture, or impose a unique worldview. 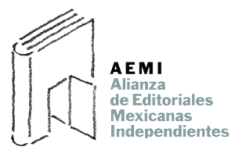