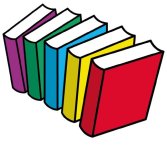 Couleur livres (formerly Éditions Vie Ouvrière) has remained faithful to the guiding spirit of nearly 50 years of rigorous, critical and accessible publications, and it has turned out to be – together with its partners – one of the most important centres for progressive publishing for associations in Belgium and the French-speaking world in general. Couleur livres strives to be a politically committed, independent and multicultural publishing house that is attentive to the voice of the associations and organisations that make up civil society. It is a publishing house that combines audacity with discovery, as well as originality, readability and rigour. As a generalist publisher, Couleur livres publishes first and foremost essays and analyses on current social questions and debates, both on the regional, national and international scale. It is also active in the fields of education and training in social science (pedagogy, history, economy, sociology, psychology, philosophy…). Finally, it has been in charge since 2006 of a journal and a collection of true-life stories. It has also been committed to publishing fair trade books for another globalization.