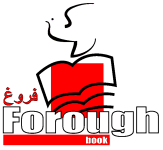 Love in Iranian fiction in exile

Asad SEIF Asaf SEIF (born in 1957 in Bandar Anzali) is an Iranian writer and researcher. He has been living in Europe since 1984 and is engaged (...)

Aramesh DOSTDAR (born in 1932 in Tehran) is an Iranian philosopher, writer, scholar and a former philosophy lecturer at Tehran University. He moved to Germany in 1958 to study philosophy in University of Bonn. From 1973 to 1980 he taught philosophy in the University of Tehran, until his dissmision during closure of universities by the Islamic government in the so called Cultural Revolution. Aramesh Dustdar who is currently living in Germany, is probably one of the few Iranian philosophers in the western meaning of the word. He is known for both complexity of the language but clarity and precision of ideas expressed. . Four of his books have been published in Persian, 2 of them “Dark Luminosities” and “The Hidden Kinship” by Forough Publications. He is uncompromising on controversial and sensitive issues such as incompatibility between Islam and democracy or the situation of intellectuals in the Muslim world, as, in his view, a real, Western type intellectual can not be tolerated in any Muslim society. The murders of political and intellectual dissidents and opponents in the Islamic Republic of Iran are a «brilliant» example of that antagonism between Islam and democracy, he points out.