Frankfurt in French: Call for more coherence towards a strengthened bibliodiversity 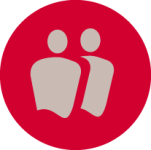 France wished, in the context of Frankfurt’s invitation, to provide a space for publishers from the South and we are grateful for this opportunity. We hope this openness will contribute towards meaningful networking, discussion, and exchanges among Francophone publishers. These mutual trust and interest, at the heart of the Alliance, have indeed proven themselves over the past 15 years, leading to unprecedented co-publishing and translation projects between continents.

However, other aspects of “Frankfurt in French” are counterintuitive to this dynamic. Book donation initiatives from France to Africa are indeed planned in Frankfurt this year. More specifically, the 30 000 books to be displayed in the French Pavilion will be distributed to foreign countries after Frankfurt – and this while some twenty African publishers are invited to participate in the Fair, in an “African/Haiti” stand. As mentioned in several reports and in the Frankfurt programme (see here), book donations, while underpinned by good intentions, can disrupt the local book economy.

We therefore call on the accountability of each involved — public authorities, associations, and professionals, for these donations to be made in close collaboration with participating African publishers, but also in consultation with local African booksellers. These are the basic conditions for balanced and respectful exchanges in the actors’ respective environments.

It is critical to rethink book donation. Encouraging and supporting sustainable and fair editorial partnerships must be a priority.

We hope that the readiness to showcase Francophonie’s diversity and plurality in Frankfurt will be paralleled with constructive actions by public authorities, both in the North and South. It is indeed essential for political will to accompany a change of perspective and relations among Francophone countries.