The young Zulu Dumisani Gumede grows up in the pastoral setting of the mountains of South Africa. This irresistible seducer has two obsessions: sex and an utter adoration of Nelson Mandela, the mythical ANC leader then the talk of the country and to this young man the essence of courage and virility. Originally published in 2006, “Mandela’s ego” looks back at South Africa under the apartheid regime. A brave and unusual coming-of-age novel, combining delightful anecdotes about the everyday life of the Zulu community with scenes of violence, family, social and political, in a country in torment. Wisdom and humour rub shoulders in this fable, a homage to the great Mandela.

Lewis NKOSI was born in Durban (South Africa) in 1926. A journalist, he taught literature at various universities. The author of many essays on culture and South African literature, plays and novels, he was awarded numerous literary prizes. He died in Johannesburg in September 2010.


Created in 2007, the “Terres solidaires” collection is a collective experience. It proposes literary texts from African authors, published by a collective of publishers in Francophone Africa, Through the principle of solidarity co-publishing, texts circulate, are available and accessible for African readers: the local book ecosystem is protected and strengthened. The “Terres solidaires” collection is supported by the Organisation internationale de la Francophonie (OIF). 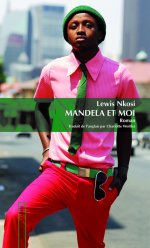