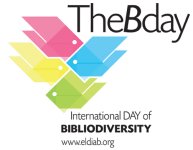 Bibliodiversity is cultural diversity applied to the world of books. Echoing biodiversity, it refers to the critical diversity of products (books, scripts, eBooks, apps, and oral literature) made available to readers. Bibliodiversity is a complex, self-sustaining system of storytelling, writing, publishing, and other kinds of production of oral and written literature. The writers and producers are comparable to the inhabitants of an ecosystem. Bibliodiversity contributes to a thriving life of culture and a healthy eco-social system. While large publishers do contribute to publishing diversity through the quantitative importance of their production, it is not enough to guarantee bibliodiversity, which is not only measured by the number of titles available. Independent publishers, even if they consider their publishing houses’ economic balance, are above all concerned with the content of published products. Independent publishers’ books bring a different outlook and voice, as opposed to the more standardised publications offered by major groups. Independent publishers’ books and other products and their preferred diffusion channels (independent booksellers, among others) are therefore essential to preserve and strengthen plurality and the diffusion of ideas. The word bibliodiversity was invented by Chilean publishers, during the creation of the “Editores independientes de Chile” collective in the late 1990s. The International Alliance of independent publishers significantly contributed to the diffusion and promotion of this notion in several languages, including through the Dakar Declaration (2003), Guadalajara Declaration (2005), Paris Declaration (2007) and Cape Town Declaration (2014). Since 2010, International Bibliodiversity Day is celebrated on 21 September.

See the article « Bibliodiversity » on Wikipedia. The article also exists in French, Spanish and Portuguese.

The bibliodiversity, in pictures !

Read the article in Persian