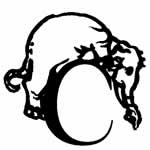 The Portuguese Bookshop was founded in 1986, to coincide with the installation in Paris of Michel Chandeigne’s printing office. In 1992, he teamed up with Anne Lima to found the Chandeigne publishing house, which got off to a flying start with the publication of La frontière, by Pascal Quignard and the first work in the now prestigious “Magellane” collection: Histoires tragico-maritimes, three accounts of Portuguese shipwrecks in the 16th century. The firm has remained faithful to the artisanal vocation of its beginnings: while the office has been upgraded with state-of-the-art composition tools, all the publishing work in the broadest sense of the word is handled and controlled by Anne Lima and Michel Chandeigne, with a demanding vision of printing quality hailed by both the press and the general public. Five to eight works are thus published each year in the various collections (“Magellane”, “Lusitane”, “Péninsules”, and “Grands Formats”).