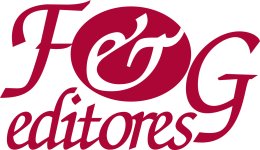 F&G Editores is a Guatemalan independent publishing house founded in 1994. 18 years after its creation, it is about to become a leading publishing house in Central America, both because of its authors, publishing list and contents, and also because of its distribution network. Despite the challenges of a high illiteracy rate in the country and a total absence of State support for publishing, F&G Editores has survived. Moreover, it has consolidated its position as one of Guatemala’s leading publishing house. Not affiliated to any party, this publishing house commits to building a democratic and peaceful society, in which human rights are fully respected; a priority for the Guatemalan society who experienced more than 36 years of internal armed conflicts and from which it is still recovering. F&G Editores publishes Guatemalan and Central American literature of various genres and has been singled out as being the only non institutional Guatemalan publishing house who publishes books addressing the issue of collective historical memory.