In solidarity with the Ukrainian people and all other people facing wars, March 2022 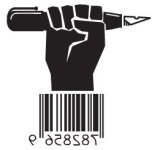 In the aftermath of the Russian aggression against Ukraine and the invasion of its territory, the International Alliance of Independent Publishers expresses its support and solidarity with the Ukrainian people and cultural professionals and reiterates its commitment to the right of self-determination of each population.

We, independent publishers from over 55 countries around the world, members of an international solidarity network, condemn in the strongest terms the violence committed against the Ukrainian people and call together for a return to peace. We also reaffirm our support for all people on all continents, facing wars and conflicts, fighting for their freedom and emancipation.

We strongly oppose stigmatizing and dehumanizing discourses, and we recall here the essential role of culture, in particular of books, as a tool for dialogue, analysis, understanding and discovery of plurality and diversity.

Read the Communiqué in Arabic

Read the Communiqué in English, French and Spanish