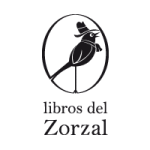 This publishing house was founded in 2000 by Octavio Kulesz, philosopher, and his brother Lopoldo, mathematician. Their first publication, Leyendo a Euclides (Reading Euclid), by the great Italo-Argentine mathematician Beppo Levi, met with success (three editions, all out of print). Gradually, Libros del Zorzal has added to its catalogue authors of both national and international renown, such as Silvia Bleichmar, Ivonne Bordelois, Alain Badiou, Pierre Bourdieu and Immanuel Wallerstein. Today, over 130 works have been published, written by authors from all over Latin America and Spain. Some have been translated into French, Italian and Portuguese.