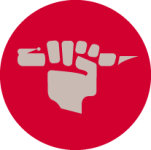 The International Alliance of Independent Publishers and publishers from the Spanish-language network pay tribute to the memory of the Chilean writer Luis Sepúlveda, who died on 16 April 2020 in Oviedo (Spain) as a result of the Coronavirus, after several weeks in hospital.

Today we pay tribute to a man of generosity, solidarity and commitment to building a more just and humane world.