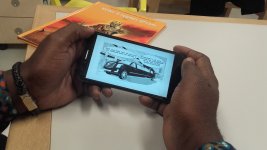 15 publishers from 10 countries meet in Cotonou for a workshop dedicated to creating ePub files from Indesign. The workshop will also be an opportunity for discussions on the commercialization of digital books between the publishers : Cassava Republic publishers (Nigeria) will share their experience - a cross between French and English speaking Africas !