What to say, and where to say it ? Open Letter from Independent Publishers to authors and intellectuals committed to a fairer world, July 2020 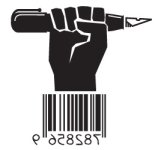 “Now that we have entered the 21st century, it is difficult to dissociate the end from the means : what to say, and where to say it ? Thus, we find that many authors seeking to promote debate, creativity and critical thinking, justice and equality are published by large conglomerates with multiple editorial labels. Isn’t the transformative power of these works reduced to nothing when they plunge into the workings of the entertainment industry ? It is a fact that transnational corporations, whatever their field of action, are the very expression of the system that dominates us. By choosing them as publishers, do we not somehow leave the world of transformative ideas in the hands of those who lay the foundations of the model we criticise ? Doesn’t that strengthen the control of big capital over the word and our daily lives ? Moreover, how can we not question the cross-industry investment of the business groups that own publishing houses ? And, are these investments neutral ?”

As the world suffers the health, social and economic consequences of the pandemic, book ecosystems and independent publishing houses are further weakened and, for some, are trying to survive. If solidarity between creators and book professionals is one of the foundations of bibliodiversity, this solidarity is vital in the current context.

Read the letter here. This letter is also available in Spanish, French, Arabic and Portuguese.

Read the open letter in Arabic

Read the open letter in Portuguese

Read the open letter : What to say, and where to say it ?